Little Joy Is A Joy 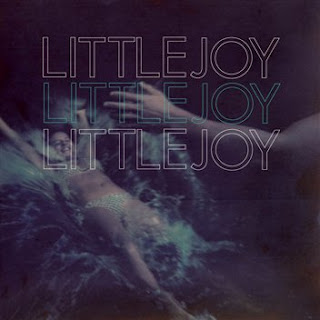 Little Joy answers the question of what The Strokes would sound like if they were stranded on a desert island. This trio made up of Binki Shapiro, Rodrigo Amarante, and Strokes drummer Fabrizio Moretti came together by chance. Through a random encounter at a Portuguese festival Rodrigo and Fabrizio began to chat and continued to chat for ages which led to the idea of working on music that was nothing like their particular band. A year or so later, the three members took a break from their bands, tours, and hometowns and headed to Los Angeles with the goal or making a pop record. With Little Joy now in the shops, and the buzz starting to build the band has obviously achieved their goal.

Little Joy is a laid back record that's a bit lo-fi and lo-gloss. It's an album filled with lazy pop that while hinting at being a bit Strokesian, lack the pretension and attitude of that band. You can hear the stress free nature of the Little Joy recording process as this record plays on and on, it's as if putting together Little Joy was the most fun the three members of the band had ever had. In other words, this is Little Joy getting to be just a band and having fun just playing songs together.

The songs throughout Little Joy shuffle along unobtrusively as if they couldn't be bothered with actually rocking out. The lo-fi instrumentation and barely there production makes this record charming as can be. A song like, "Don't Ever Watch Me Dancing," is a perfect example of the shy, intimate pop that Little Joy create. With muted horns, sighed vocals, gently strummed guitars, and an airy feel the song is absolutely adorable pop. Even the groups acoustic songs, such as, "Evaporar," hit their mark because they sound like Little Joy were on vacation and recorded them around a campfire on the beach. Being lazy or on vacation has never sound so good.

While Little Joy is nothing more than a side project for it's members, Little Joy manages to be far more than just a throwaway album. This is a group of musicians gathered together with no higher aspiration than to have fun and every song on Little Joy reflects that. It's unconcerned and carefree attitude makes it a joy to listen to. While most drummers rarely make good albums on the side, let be said that Little Joy is one of the few keepers out there.
Posted by Paul POP! at 7:20 PM