Scion and Kitsune Are Pioneers 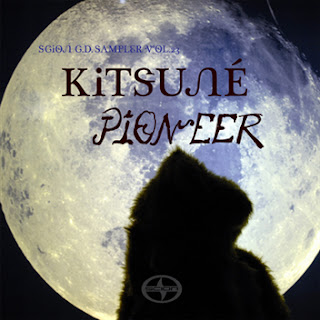 Another month rolls by and another essential compilation is released by Scion. I don't know if they're selling cars in this economy, but they're doing one heck of a job at cranking out records that are more important than life itself. Their 23rd volume of the series features the uber brilliant French label Kitsune and eleven artists from their roster.

Is it any good? You betcha. Kitsune Pioneer is another chapter in the amazing legacy that is both the Scion Series and Kitsune. Kitsune Pioneer is a masterful compilation that runs the gamut of today's electro/house/whatever scene. The eleven tracks here are the equivalent to an hour long sweaty dance floor work out that features pretty much every amazing dance tune that should be filling floors across this land. From laid back groovers from artists such as Ted and Francis to massive monsters from the likes of Heartsrevolution, Guns and Bombs, and Fischerspooner there honestly isn't a duff track in the bunch.

To think this compilation is free is just ridiculous! Kitsune Pioneer is just one electronic battle weapon after another and if you DJ then this unmixed CD is like a treasure trove of uber-cool tracks that need to be played...repeatedly. Having listened to this on repeat for the last three days, It's hard to pick out which track is the best. The 80's guitar soundtrack pop of Heartsrevolution's, "Ultraviolence (Dubka Remix)", the adrenaline rush of Shinichi Osawa's rework of Cazals, "Poor Innocent Boys," or the mindwarping pulses of the Para One remix of Guns and Bombs, "Riddle of Steel," all stand out as brilliant tunes, but the other eight tracks that make up Kitsune Pioneer are just as good, if not better.

My advice to anyone reading this is who likes electronic music is find a way to get this compilation. Whether it's visiting Scion or Toyota or whatever, if you like to move to a beat then you need this compilation in your life. Seriously. Kitsune Pioneer is beyond highly recommended.
Posted by Paul POP! at 2:24 PM