Johann Johannsson Is Lost In Fordlandia 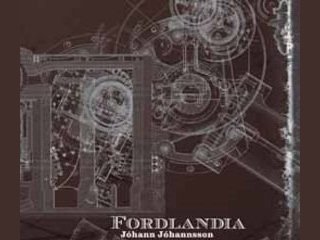 Composer Johann Johannsson has found the perfect home for his work on eclectic British record label 4ad. A modern day composer utilizing orchestral instrumentation he fits in the label roster as an equivalent to other artists on the label such as Michael Brook and Dif Juz. With his last album (IBM 1401, A User's Manual) taking full advantage of a sixty piece orchestra it almost seemed like it would difficult to follow up, but his latest album Fordlandia not only keeps pace with his prior work but takes a giant step forward.

Fordlandia is a quiet, subtle record that weaves a tapestry of sound into an almost ambient atmosphere. It's an exquisite, delicate album that still manages to be dense and fascinating while sounding as if it were barely there. The world that Johann creates on Fordlandia is a desolate vast space that's empty and filled with time to be contemplative and inquisitive. It's as expansive as his native Iceland and just as cool...err literally.

Johann Johannsson has done a fantastic job of creating an widescreen album that is filled with sounds and instruments that go on forever. Utilizing organs, strings, horns, woodwinds, and more, he is able to layer his far-reaching ideas into a melodic haunting record that challenges the notion of what modern composition is all about. While this might not fit into the normal parameters of what classical music is, Fordlandia is pretty close to being related to it. It's an impressive work, whose ambient textures weave a spooky story of sound. If you find yourself drawn to ambient or modern classical works you might want to check Fordlandia out.
Posted by Paul POP! at 7:22 PM