White Reaper Are Far From Dead 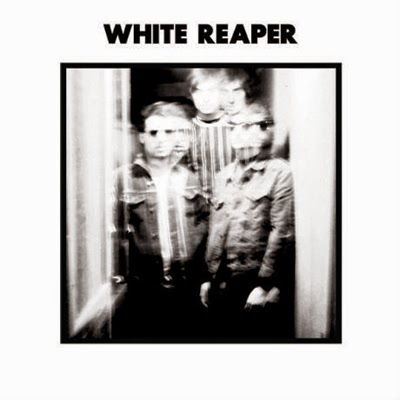 I have no problems at all saying that Louisville, Kentucky's White Reaper are the best thing to come out of that state since KFC and Jack Daniels were introduced to the world. Seriously, White Reaper are just as tasty if not more so and their EP White Reaper is a perfect six song slice of chaotic indie rock the way it was meant to be played. White Reaper is loud, raw, super speedy, and ridiculously catchy. Taking it's cue from surf rock, indie pop, hand clapping, and melodies fueled by Lucky Charms this is a short but sweet record that bores it's way into your brain and never lets go.

One listen to the first song on the EP and you'll be bouncing off the walls with saccharine sweet choruses, thrashy riffs, sloppy guitars and bass lines robbed from the Ramones back catalog. There's nothing extremely complicated about these songs, there's no over production, no sheen, no nothing and that's why it's amazing; it's pure and honest. White Reaper are three guys who plug in, bash out tunes, and have one heck of a good time doing it and their energy powers its way through your speakers and lifts you up as well. I love this EP and it's easily one of the highlights of the summer of 2014 if not the year and I'm going to have one heck of time not listening to this on repeat.
Posted by Paul POP! at 7:18 PM