Where Would We Be Without American Football? 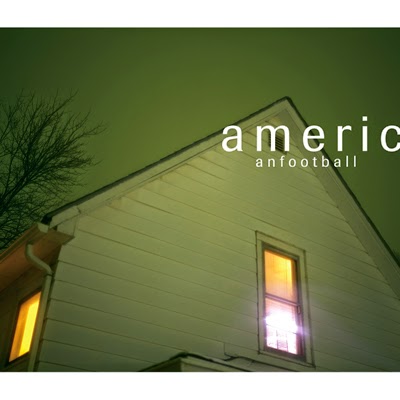 Fifteen years ago, Polyvinyl Records released one of the most important and most beloved records in their catalog. American Football was released with an idea that things should be different. Focusing on odd time signatures and sincere lyrics the record developed a deep connection with a very loyal following thanks to Mike Kinsella, Steve Lamos, and Steve Holmes unique approach. Now after all this time, Polyvinyl has reissued the record with a host of bonus tracks, deluxe packaging and a massive helping of nostalgia.

While undoubtedly most of us already know the influence the first edition of this record had, I figured I'd take a look at the bonus tracks that are included with this issue. If you're not familiar with American Football, it basically founded the whole "Polyvinyl Indie," sub genre of melodic angular indie rock that teeters somewhere between post punk, emo, and jazz. The bonus material included in this package consists of ten tracks that give a behind the scenes look at how the album came together. From live tracks, demo's, and unreleased stuff it's all here in raw un-tampered form. While there's nothing really out of the ordinary or life changing for anyone but stalwart and dedicated American Football fans what is particularly interesting is that each of these bonus tracks is an instrumental peek into the construction of the band and album. The tracks are raw, unrefined, and at times loose. It all sounds like a free flowing jam session in which the band is just creating ideas as they go. In and of itself the ten tracks are a pretty cool "post rock" record that just happens to be a bit of inside information about a pretty seminal album.

No one can doubt the vitality and seminal qualities of American Football and the respect Polyvinyl is paying it. But, for those just stumbling across the band for this time this set might be a bit much and it might be better to find a non-special edition. However, for those dedicated loyalists this is a very cool set of tunes piled on top of a very cool set of tunes. It's a well put together package that gives listeners a glimpse into the minds of how the guys put all this pseudo indie jazz together and just why American Football became such a great record.
Posted by Paul POP! at 9:14 PM