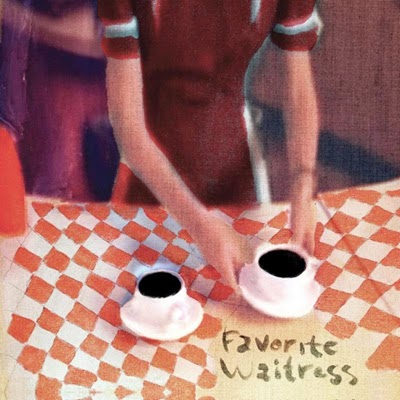 Alt-country is such an abused musical term in this day and age. Think about it, it seems like anyone that's slightly off kilter but has a country edge is immediately labeled alt-country. But then again, the whole genre of country is a total misnomer when you think about it. I mean, is Taylor Swift and Toby Keith real country? Not really. Anyway, one of the more legitimate alt-country artists out there are the Felice Brothers. These guys have been rocking out in a country stylee for as long as I can remember. They're practically legendary and it's all well deserved as they've consistently brought the goods.

Their latest album Favorite Waitress is yet another notch of excellence in their ever expanding catalog. Taking country roots and folk and giving it a strong dose of indie rock the band find a happy medium between traditional and modern influences. The result is a fantastic record that's as rustic as it is rocking. It just feels dusty and homey and even with what sounds like synths washing over it the Felice Brothers are able to convey a feeling of pastoral cool. Be it guitars, piano, or banjo Favorite Waitress lilt's and twangs and uses everything under the sun to create that homespun atmosphere.

Truly an alternative form of country Favorite Waitress takes a different path to un-swept musical trails and likes both types country and western. The Felice Brothers, reassuringly, still have the ability to do this without being cliche and Favorite Waitress is a great listen. From broken ballads to indie rock outs Favorite Waitress has it all with a bit of dust and grit thrown in for good measure.
Posted by Paul POP! at 8:53 AM