The Decline and Fall of Godflesh 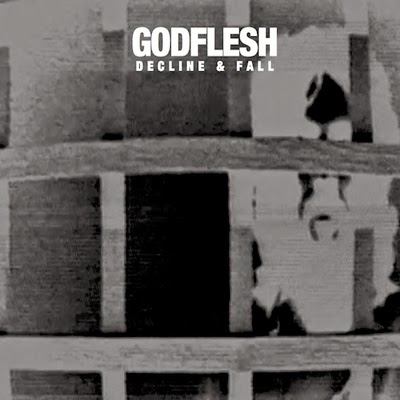 It’s been a long, long time since I’ve listened to a Godflesh record. I’d hazard a guess it’s been almost 20 years since I broke out Pure and blew out my speakers. I used to love these guys because while they were on Earache records they so weren’t part of the scene that made Earache Records what they were. I mean they were heavy, ridiculously heavy, but they were an industrial band…not death metal or grindcore. And to this day that’s why I’ve always admired them because they were heavy in a totally different way than everyone else. Flash forward twenty years and these guys are still plugging away and doing things different.

They’re new EP, Decline & Fall is a welcome return to form and sees the band maintaining their incredible intensity. The four songs on the record are the sound of a carpet bombing campaign from a fleet of B-52 Stratofortresses; it’s wave after wave of aural destruction laid down on vinyl. With riffs so heavy that Atlas couldn’t carry them on his shoulder and a sound still so punishing it’s the stuff of nightmares, Godflesh prove that they’ve still got it. There just isn’t anything heavier than these guys and Decline & Fall is absolutely hellishly perfect in its brutality.

They might be pensioners at this point and they might be twenty years wiser but the power and severity of Godflesh remains strong. Decline & Fall is anything but…it’s a rise to glory.
Posted by Paul POP! at 9:59 PM

Email ThisBlogThis!Share to TwitterShare to FacebookShare to Pinterest
Labels: godflesh