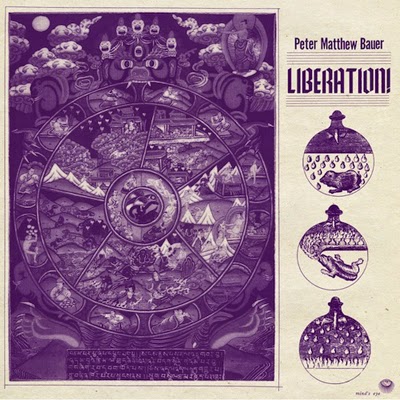 Liberation! has it's moments of greatness but it's hard to not want to hear this album sound like a Walkmen record with a personal touch. That's kind of where the problem arises, it's not and it doesn't have that grandeur and that sense of "drama," that the Walkmen always seem to have. Liberation! seems to be a raw, rather underproduced recording that sounds more like Bauer enjoys tinkering with the odd song or two than anything really cohesive. Like I said there are some stellar moments here and he finds a little bit of his pop sensibility, see, "You Are The Chapel, " and "Fortune Tellers," but a vast majority of this record sounds like it was recorded in a garage on a 1/4" boombox tape deck as just something to do. I was really hoping for more and to be blown away, but instead I'm mildly content with the record simply because I know who Bauer is and those aforementioned strokes of pop cool.

Liberation! may be Bauer being free from the chains of band life...but I think I prefer the confinement of the Walkmen. This isn't a bad effort it's just that my bar was raised much higher than this record was able to achieve. If you're a die hard Walkmen fan, you'll love this record and hate me for saying all that stuff, but for the casual listener, there are far better lo-fi indie rock records out there that are far more, um, liberating.
Posted by Paul POP! at 9:29 PM