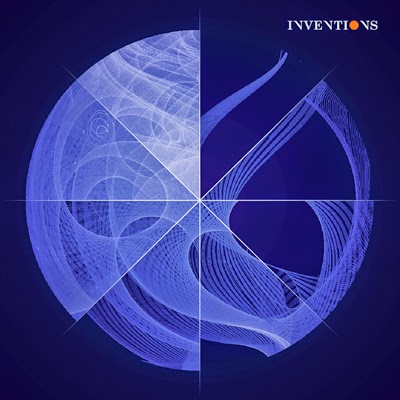 Inventions, a side project from Matthew Cooper of Eluvium and Mark T. Smith of Explosions in the Sky, take the best elements of each band's respective worlds and elevates them into super group status with their self-titled album. The Inventions album is an ambient soundworld that consists of expansive textures, washes of musical beauty, and atmospherics that puts this record somewhere just to the right of otherworldly. The album is an instrumental work of awe that sees these two label-mates meshing so well together they might just want to consider making Inventions more than a one off side project.

With a minimal but vast approach to constructing these pieces, Matthew and Mark sculpt seemingly infinite soundscapes where sounds drone on for eternity only occasionally taking shape into something that nears a song. There are no singles, no hits, no discernible words but this work none-the-less is inspiring. It's ethereality and ambient environment is peaceful and serene and could easily lull a listener into a deep meditative state with very little effort.

I quite like records like this. There's nothing complicated about listening to it, Inventions just washes over you in a warm woolen blanket of ambient sounds. New age it's not, but it's definitely a serene attempt at musical bliss that reaches Nirvana.
Posted by Paul POP! at 7:14 PM

Email ThisBlogThis!Share to TwitterShare to FacebookShare to Pinterest
Labels: inventions