Alvvays On My Mind 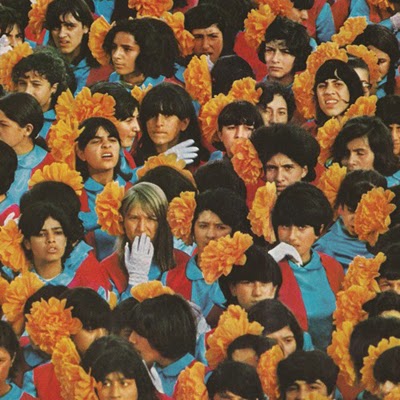 I think the bio of Alvvays sums them up best: two women, three men, a crate of C-86 tapes and a love of jingle jangle. That folks is Alvvays(I just say always because that's the optical illusion) in a nutshell and their self-titled album is the best thing to come from the legendary NME c-86 compilation that actually was never part of it. So rooted in that classic era of perfect indie pop, Alvvays feel, sound, and probably look like they stepped out of a NME created wormhole.

Alvvays is a sunshiny, summery slice of pop perfection that has oodles and oodles of jangly guitars, twee girly melodies, and a sense of yearning that's almost overwhelming. Even at it's darkest death centered moments the record still seems brimming with rays of sunshine and hope. These guys are perpetually happy and seemingly positive and nothing manages to get in their way of creating perfect slices of indie pop deliciousness. What more could you ask for in a record?

I must admit as a sucker for anything related to twee, indie or C-86 I fell hard for this record. It's lilting melodies, fizzy guitars, and joyous attitude makes it easy to leave on repeat for days. Alvvays is easily one of the best indie pop records of 2014 even if they can't spell always correctly...like me.
Posted by Paul POP! at 10:04 PM

Email ThisBlogThis!Share to TwitterShare to FacebookShare to Pinterest
Labels: alvvays