Monica Giraldo Is An Intercontinental Musician 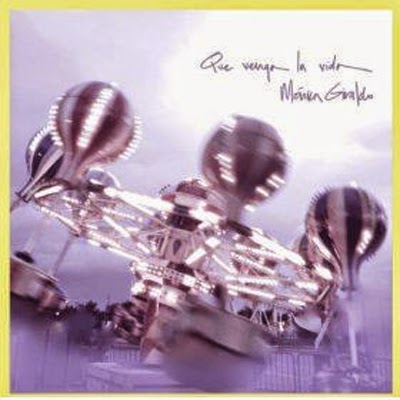 Singer songwriter Monica Giraldo is an artist with her feet firmly planted on two continents. One foot is deeply rooted in the the North American folk music approach to writing songs. Her other foot is constantly exploring her native land of Columbia and its musical influences and roots. The result of this is Que Venga La Vida which brings a Latin flavor to American folk and American folk to Colombian music.

With a pastoral approach to writing songs sung in Spanish, Giraldo creates this intercontinental soundworld that's both dusty and rustic while being exotic and exciting. This is not your usual folk pop record, it's might sound like it at times, but its not because her depth of field and her exploratory nature allows her songs to breathe and slowly and gently pull at your heart strings. This is an honest and beautiful record that brings something to each of the tables Giraldo sits at. Her guitar playing is gorgeous and rustic, her voice tender and mesmerizing, and her songs are intimate and rooted in tradition.

With Colombian rhythms, gently strummed guitars and a lovely voice Monica Giraldo casts a spell on Que Venga La Vida. From the unusual rhythms of "Asi Lo Canto Yo," and "Deja," to the catchy and majestic "Dulce Boca," Monica Giraldo proves over and over she's a fantastic artist no matter where or how she writes songs. Singer songwriter albums are a dime a dozen these days and it's rare that one stands out as a glaring example of what the genre can be...Que Venga La Vida is one of those examples.
Posted by Paul POP! at 7:52 PM