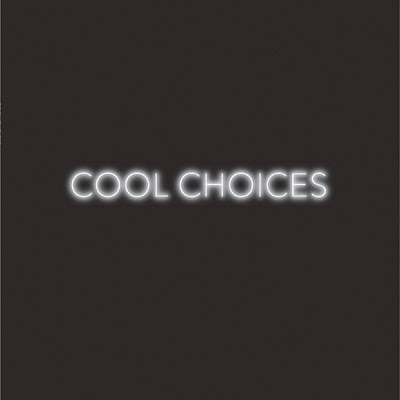 The oddly named and impossible to search for S is a spin off project from one of the founding members of Carissa's Weird. While some of the other members of this legendary band went off and formed Band of Horses, Jenn Ghetto retreated to her bedroom with a guitar and a four track recorder. While she may not be as successful as Band of Horses, S is pure and simple and interesting. Three albums into her bedsit exile S is emerging from her bedroom once again with Cool Choices and that's a good thing because it's, quite honestly, better than anything Carissa's Weird ever recorded.

Cool Choices is a fascinating record that hovers between folk music, synthpop and mathy indie rock. What makes this record stick is that there are complex rhythms smack dab next to and quiet acoustic moments and they both work together. There's moments of danceability and moments of introspection and fragility and when combined together S creates a whirlwind of hypnotizing songs that are hard to get away from. While the acoustic tenderness is tolerable, I much prefer her synth'd out tunes and she shows a real knack for creating these dark tinged indie dance hits when the synths come out. "Tell Me," for example takes Cat Power's, "Cross Bones Style," and expands it into a dance floor destroyer. There are hits here tucked neatly between moments of sensitivity and they serve as a constant sense of discovery when you uncover them.

Cool Choices is a fantastic third effort and with the help of Death Cab's Chris Walla behind the scenes it's been polished into something almost cheery. It's the little record that can made by someone who's honest and deeply cares about music even if she occasionally gives it up. For those reasons I think that's why I made the Cool Choice and decided I like this record quite a bit.
Posted by Paul POP! at 7:46 PM