The Deleted Scenes Leave Nothing Out of Lithium Burn 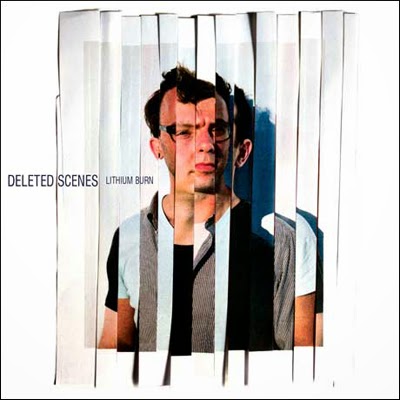 The Deleted Scenes are an interesting band that involves people from all aspects of regular non-musical lives. From the singer being a stay at home dad to the bass player having a PHD in bio medical engineering this band pretty much have life covered. With so many bases covered, and so many potential influences and stories the songs these guys come up with are a direct reflection of the regularity of existence; kind of ironic that regularity can lead to inspiration don't you think?

Their third album, Lithium Burn is a mathy little record that sounds like an emotional Ben Folds lost in an chemical equation. The record is complicated and jumpy and makes a few sudden and quick musical left turns over the course of it's performance. With time signature changes, angular guitar work, and an emotional outpouring of lyrics Lithium Burn keeps itself algebraic in it's approach and yet somehow human. There aren't really verse/chorus/verse songs here per se. Rather, Lithium Burn is a series of nervous jitters set to music that at any second could change paths and head of somewhere else. It's unpredictable and exciting and the emotions that Deleted Scenes are playing with make it all sound sentimental and inviting. It's not the easiest record to get into and there are probably a zillion separate riffs here but if you're at all musically inclined this record will fascinate and make sense.

Lithium Burn is a very good record from a technical sense; it's chock full of riffs, complicated swerves and turns and features a bunch of guys who clearly love playing. It's also a beautiful record because buried within all this technicality and music theory are some emotionally touching and gorgeous moments. It's truly cool to hear these guys play their hearts out and then just let their emotions run rampant within a song. From lush slow songs to churning rifferamas Lithium Burn is far from a Deleted Scene or a bonus feature...it's a starring role.
Posted by Paul POP! at 7:26 PM