Vampires Are Real And Palpable Is Just Bad 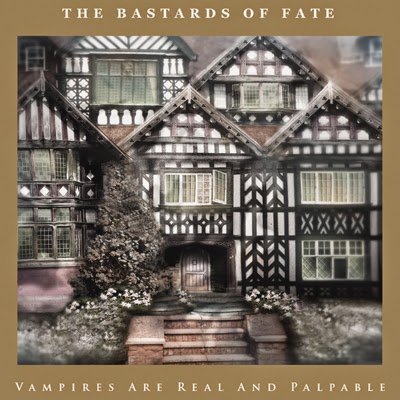 Vampires Are Real And Palpable is a mess of disjointed melodies, broken songs, and a whole lot of atonal noise. I'm not really sure what this record wants to be or what the Bastards of Fate were hoping to convey here except that aspirin might be necessary to make it through. For every ten or twenty seconds you give this record a chance of redeeming itself there are three to four minutes of dissonance. Vampires may be real but after listening to this record they'll be begging you to drive many, many stakes through their hearts.

Sorry guys maybe I don't get the joke...but listening to Vampires Are Real And Palpable is a fate worse than death.
Posted by Paul POP! at 7:40 PM

Email ThisBlogThis!Share to TwitterShare to FacebookShare to Pinterest
Labels: bastards of fate