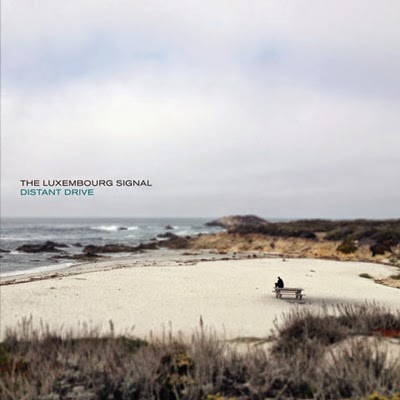 The Luxembourg Signal while being a new band on paper really aren't and features members that have been playing for years if not decades under other guises. From Aberdeen to Fonda to Trembling Blue Stars and who knows what in between the members of Luxembourg Signal have spent some time in the indie pop trenches and learned a thing or two about writing a great pop song. As if to prove that point that's where Luxembourg Signal's debut single comes into play.

Distant Drive is a gorgeous two song slice of indie pop pie that tastes like a bit of Siouxsie and the Banshees, "Hong Kong Garden," blissed out on Robin Guthrie and then mixed with The Heartthrobs early output. Confused? Don't be, the single is dreamy, lush, and ethereal. Guitars swirl, synths wash over you and vocals sigh gently into your ears all the while implanting hooks into your brain that hypnotize you into pop submission. The whole thing is warm and fuzzy and ridiculously good and with Luxembourg Signal's pedigree how could it not be? This is dream pop re-born and while I love all the bands that the Luxembourg Signal have been in, something just grabs me about them this time around that gives me goosebumps. These guys are great and for a debut single, they've just about knocked it out of the ballpark.
Posted by Paul POP! at 8:10 AM