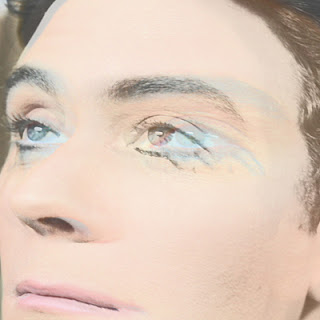 The first thing I noticed about The Ruby Suns Christopher album was just how much like the Happy Mondays Bummed it looked. That got me thinking was Christopher an e'd up baggy revival album? I was quite hopeful as it's time for a Happy Mondays revival again but it didn't turn out quite like that. While I didn't get 24 hour party people what I did get was one amazing synthpop record.

To say that Christopher is brilliant is to discredit just how awesome this record really is. This is a record that while obviously modern has deep roots within the 80's and 90's dance pop/synth pop scene. In fact at times Christopher sounds so much like some sort of rare unreleased Pet Shop Boys record you'd swear Neil Tennant was a member of the band. The Ruby Suns have so elegantly created this record utilizing unconventional means. Christopher is ethereal, retro tinged, and yet terribly modern and accessible. The songs are crisp, catchy, and feel as though they just stepped in from 1990; it's the sound of Creation Dance records twenty years after the fact. This will remind those in the know of bands like Pacific and Tangerine and the brilliant records they released; it's all very British sounding and brilliantly pop!

There's very little to not like about Christopher. The Ruby Suns have created a magnificent specimen of classically influenced synth pop. This is a sugary sweet record set to a hypnotic beat. Lush, opulent and focused on the future Christopher is a record about starting over not looking back. It's optimistic and bright and it's a spectacular affair. The Ruby Suns have put out one of my favorite records of the year already and it's only February.
Posted by Paul POP! at 2:53 PM