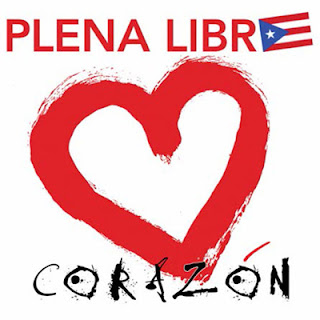 Plena Libre are a high energy group of Puerto Rican's that helped bring their roots and music of their home island to the global stage. Through the mixing of native, Caribbean, and Latin influences this group creates a diverse sound that jumps between genre's like planes hop between islands. From meringue to songo and even Latin jazz and rock the band clearly is open minded to anything that enriches their sound. Their latest album Corazon see's this diversity placed center stage as the album takes the rhythmic core of Puerto Rican music and mixes it together with a seemingly limitless palette of sounds and textures.

Corazon is very rhythmic oriented and features a high degree of movement throughout each of the nine songs featured. This is a record that refuses to sit still and clearly loves the sound of the drum, conga, and other forms of percussion. It's fairly obvious about midway through the record that Plena Libra readily emphasize the drum with attention paid to influences outside of Puerto Rico. They're very skilled at this as the album segues flawlessly through sounds and outside influences and rolls in and out like the tide. The record's dynamics are enjoyable and they do a good job all around as much of Corazon is upbeat and danceable with the percussion leading the way.

I thoroughly enjoyed Corazon. It reminded me of being back home in Miami and anything that does that is a winner in my book. This is the sound of the Caribbean and while it might be from Puerto Rico you can pick out the diverse influences and where they came from without much effort. Corazon is the sound of history, tradition, and fun all wrapped up into one awesome record.
Posted by Paul POP! at 7:53 AM