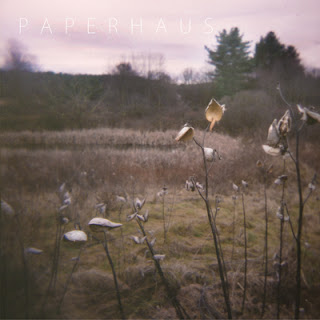 Paperhaus are an interesting band simply because they seemingly pick a genre to work in and then record a record within that genre. A strange approach, I agree but it seems to work out for them. While their debut EP was an alt-country sort of affair, their latest EP Lo Hi Lo is well informed by their Smiths collection. Sounding alot like The Smiths at times, Lo Hi Lo is moody, jangly, and very easy to latch on to. The lead off track "All Through The Night," is the kind of song that would make Johnny Marr blush or Morrissey run out and get a lawyer if he should hear it. It's that good and it's kind of scary how they may have inadvertently out Smiths'd the Smiths.

Lo Hi Lo is moodily brilliant and while depressingly short at four songs they do make a rather deep impact rather quickly. If the dizzying Marr influences aren't enough then the second and third songs, "Helicopters," "Corazon," have even more of an 80's and 90's British pop influence running through them. With enough jangly riffs, gauzy feedback, dramatic vocals and a shyness that is criminally vulgar the songs hark back to much cooler time in music. Even the EP closer, "Twisted Tumble," has this vintage feel to it that harks back to a much better time. Lo Hi Lo is an impressive effort that makes you wonder why they even bothered with trying their hand at alt-country; it's so good it makes me want to force Paperhaus to record 100 more songs like these and never let them never utter the words alt-country ever again.
Posted by Paul POP! at 9:20 PM

Email ThisBlogThis!Share to TwitterShare to FacebookShare to Pinterest
Labels: paperhaus