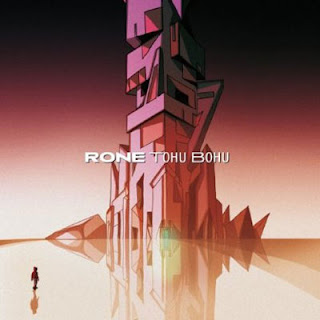 French techno boffin Rone has recently relocated to Berlin where he's recorded and released his latest album Tohu Bohu. In listening to this record for about five minutes It's easy to see what an effect this had on the recording process compared to his last record Spanish Breakfast. Expansive and euphoric the songs that make up Tohu Bohu are almost a reflection of the electronic promised land he now calls home. This often exploratory and sparse record is beautifully pieced together and is epic in it's scope and reach.

Tohu Bohu is an absolute joy to listen to and left me thinking that anyone who thought that minimal techno/glitch/etc couldn't be uplifting would be in for a surprise. This is a near heavenly experience as synths glisten and sparkle while lush beats and drawn out basslines wash over you like rays of springlike sunshine. It's a glorious record that's crystalline and atmospheric and sets a tone early and often. Unafraid to be experimental but unwilling to not be melodic Tohu Bohu is one sort of infinite landscape that's worth getting lost in. And it's easy to do that with the way Rone hypnotically constructs the songs here. When I say it's gorgeous in it's design and sound I quite literally mean that. This is the sound of heaven and it's awe inspiring.

Sometimes moves are bad decisions and sometimes they're a stroke of genius. It appears as though Rone's move to Berlin was the stuff of genius. Inspired and reflective, Rone has created a record that almost sounds like the future of Berlin. Minimal techno doesn't get much better than Tohu Bohu and if you're a fan of this genre then you definitely need this record in your life.
Posted by Paul POP! at 10:38 AM

Email ThisBlogThis!Share to TwitterShare to FacebookShare to Pinterest
Labels: rone