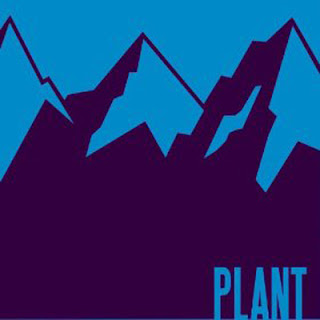 Justin Ancheta is a busy guy. From being in four or five different groups that aren't his, writing socially aware songs, teaching and creating art, and recording records the guy probably doesn't have very much time to breath. Yet somehow this guy, who probably keeps 5 Hour Energy in business, single handedly has managed to release his own record under the name of Plant. Now, to say Plant is an interesting effort is to discredit it because you are not likely to hear another record like this one this year.

Taking the strange bedfellows of reggae and klezmer music and making them work together and sound good is an accomplishment in and of itself. The fact that Plant not only does that but throws in hip hop vibes and indie rock drama to the mix and you suddenly have one culturally and musically diverse affair. Plant is filled to the rim with a crazy combination of sounds that shouldn't work in any way shape or form but somehow Ancheta makes them functional and cool. He establishes awesome rhythms that are a perfect blend of his influences and just happen to have a clarinet of the klezmer variety sitting on top. It's really hard to describe effectively and it's something you truly have to hear to believe but Plant really is a very cool listen. The whole thing has political leanings and message driven songs but it's all wrapped up with this unique blend of tunes that are appealing and aurally mesmerizing...or should I say klezmerizing.

Plant is the sort of record that proves reggae's message of one love eleven times over. This is a globally influenced and aware record that has a message but knows that the music comes first. Ancheta's ability to mix all these sounds into something that makes sense is not only a reflection of his songwriting ability but his never ending workload and ethic. Say what you will but his constant on the go lifestyle has paid off here with these influences living together in musical harmony. Unusual but good, Plant is the sort of record I imagine John Zorn listening to while on vacation.
Posted by Paul POP! at 9:37 PM