Moxi Is Lost In Dreams 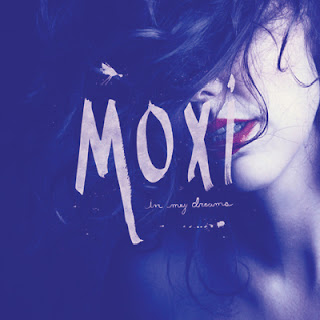 Singer Songwriter Moxi isn't exactly as cliche as you might think and that alone takes a lot of moxie. Her latest single In My Dreams is a slightly gauzy and hypnotic record that actually sounds like it was recorded in a dream. With lush instrumentation, sounds that caress and flow over you and Moxi's rather seductive voice In My Dreams is more like sophisticated chill wave than anything with a hint of singer songwriter in it.

At times sounding like Feist, Chan Marshall, Delores O'Riordan or even Siouxsie Sioux at one point it becomes pretty obvious that the girl sing in a variety of ways. She's got a diverse set of pipes and a diverse set of songs for those pipes to play in and that's exactly what she does on this record; she sets her voice free. In My Dreams is good stuff that caught me off guard because I was thinking she was just another girl with a guitar. Instead she's dramatic and dreamy and her songs are easy to get lost in. It's an impressive effort all around and the fifth song, "Mystery," is worth the price of the single alone.
Posted by Paul POP! at 8:51 AM

Email ThisBlogThis!Share to TwitterShare to FacebookShare to Pinterest
Labels: moxi