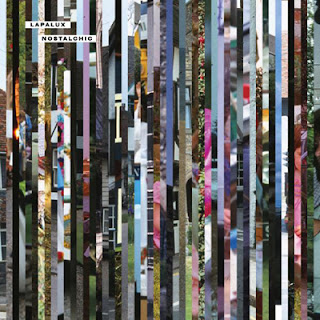 Lapalux is the name of a British producer who was raised in rural Essex and while the only way may be Essex for some, Lapalux sought a way to escape and so he turned to music. Under this guise Stuart Howard embraced technology with a lean toward the atmospheric as a means of moving on and escaping his surroundings. His album Nostalchic is kind of a clever play on words that hints at where Lapalux has been and where he hopes to go; moving forward by looking at the past.

Nostalchic is a great record of minimal beats, opulent synths, and atmospheric hazes that create a chilled, pastoral soundscape that's about as far away from Essex as Lapalux could ever hope to be. Sounding more like something the Curiosity picked up on a sonoscope on Mars, Nostalchic has this archaic simplistic spacial feel to it that seems to move through your soul. It's a texturally rich record that, dare I say it, hints at a sense of comforting nostalgia while maintaining this futuristic and otherworldly space vibe to it. Call it chillwave, near-ambient, whatever you want it's glitchy brilliance can handle it and expound upon it.

Lapalux has created a world in which to get lost in with Nostalchic. It's minimalism, ambient textures, and hazy style is easy on the ears and rich for the imagination. While there's no standout single per-se, the album taken as a whole is a rich audio experience that's pastoral, futuristic, and electronically pervasive. If the Only Way Is Essex then it seems as though Lapalux how's found his way out and is headed to space with Nostalchic in hand.
Posted by Paul POP! at 8:00 AM

Email ThisBlogThis!Share to TwitterShare to FacebookShare to Pinterest
Labels: lapalux