Io Echo At The Ministry Of Love 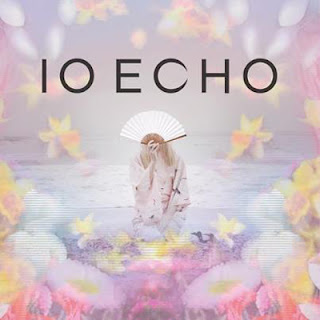 Io Echo are a stunning duo from Los Angeles who have stumbled upon their (dare I say it,) parents record collection, fallen in love with it, and pilfered as many influences as they could from it. Labeled as an industrial tinged group their album, Ministry of Love is anything but. Instead they sounding more like a Creatures side-side project mixed with bucket loads of shoegazing sheets of noise. The result is something that has this early 90's feel to it and really has more in common with the sort of things that 4AD used to release than anything Einsturzende Neubauten has ever done.

With the vocals of Ioanna Gika sounding like Siouxsie lost within a seemingly endless fog and the reverbed and washed out guitars of Leopold Ross crashing together, the band create this ethereal world that they're obviously absorbed in. The whole thing sounds like a modern update of the Cocteau Twins in an invisible fight with The Heartthrobs, The Creatures, and even the Dum Dum Girls. Packed with loud, gauzy, and gorgeous soaring pop the record is all about being lost in its own little environment and not being able to find its way out. It's riveting stuff that's so rooted in the records I listened to in my 20's it scares me. This record hits home, it pulls at my heart and reminds me of all the cool sounds that blew me away when I was a kid. As if to illustrate that point "Stalemate," at times, sounds so much like The Heartthrobs, "Kiss Me When I'm Starving," it could very well be them circa 1992; it gave me goosebumps.

Ministry of Love is worthy of your heart. It's an amazingly emotional and pretty record that tugs at your ears and soul for 55 minutes. It soars toward heaven on the wings of an angel and is welcomed with open arms when it gets there. This is the sound of a dream you don't want to end. It's the sound of the greatest love. It's the sound of something awe inspiring. Ministry of Love's songs are beautiful and Ioanna & Leopold have truly created something magical here. This is without a doubt this one of the best records of 2013 and might just be my favorite record this year.
Posted by Paul POP! at 10:08 PM