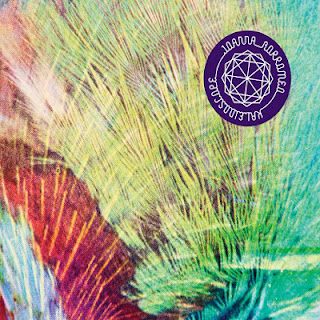 Another day another neo-soul singer. There are so many at this point I'm beginning to wonder if they're not grown in a vat somewhere and then released as older ones burn out. As the great pop conspiracy grinds on without us knowing about it, Canadian singer Joanna Borromeo is the latest artist to discover her parents old records and be influenced and guided by them. Her rather cool looking album Kaleidoscope is a jazzy, chilled and soulful record that's a bit more mature than many of her peers.

Joanna Borromeo is soulful for sure, but there's this jazzy undercurrent throughout each of her songs that kind of veer away from being R&B or neo-soul and kind of take her more into being a chanteuse of some sort. Kaleidoscope is the sort of record that would find a perfect home on a contemporary jazz station with it's horns, superb drumming, and stirring vocals. While she may be part of the whole neo-soul thing this girl clearly has aspirations to leave that behind and move into more "adult" territory. Borromeo can sing either genre pretty well, but the songs on Kaleidoscope tend to lend themselves to her more jazz inflected vocals and one can't help but wonder if that's where her heart lies. There's very little diva-tastic wailing to be heard. Instead there's deeply emotional lyrical play and even when she has fun on a song like, "Your Shoes," she still lets the jazzy influences shine through above and beyond the soul-funk.

Joanna Borromeo is far from a cliche neo-soul chick. Oh no, she's too powerful, to mature, and has songs that are stronger than steel to come from an assembly line. Borromeo is diverse and entertaining and while I'm not the biggest fan of the genre she's entertaining enough to make me want to listen to her sing.
Posted by Paul POP! at 9:13 PM