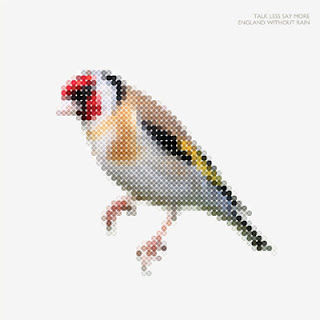 Talk Less Say More may sound like an emo band, but this group is far from black hair dye and comb overs. Residing somewhere between Fischerspooner and Figurine, Talk Less Say More offer a stark, distant synth pop like sound that's theatrical, minimal, groove laden and ridiculously good. Their album England Without Rain is a minimal post pop opus that pays tribute to a whole host of influences.

Covering everything from Asian sounds to god-like guitar solos England Without Rain takes synth pop on a grand circle tour around the musical map. At times sounding like David Bowie at others like a long lost electro-clash group Talk Less Say More cover it all and do so with a glossy, retro, and futurist sheen that's simply fantastic. England Without Rain is a slightly theatrical, slick affair whose drama is carried out with detached vocals and a whole host of synthetic sounds that span time and space. This is the future of pop music envisioned by everyone in 1983.

England Without Rain is a great record packed with track after track of pop minimalism that shines brighter than a 1000 suns. With an incredible pop sensibility and sense of futurism Talk Less Say More create a synthetic robotic world where pop music is created by machines and perfected by mathematical formulae. It appears to be a cold world but underneath it all is an overwhelming sense of positivity. In a world of overly serious dance music, Talk Less Say More look to the future with a vision of minimalism and fun and create a record that's very good.
Posted by Paul POP! at 11:32 AM