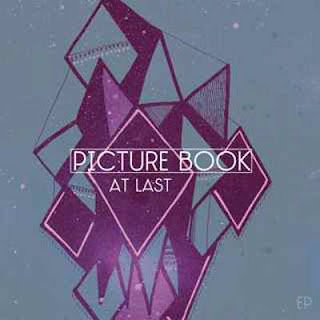 Picture Book are brothers Dario Darnell and Lorne Ashley who were born in New York City but were raised in Manchester UK. They also just happen to be the son of legendary August Darnell who was the leader singer for the seminal Kid Creole & the Coconuts. With that kind of pedigree and cross Atlantic upbringing it really is no surprise that the music these brothers create is diverse and absolutely amazing.

Picture Book's latest single At Last is a housed up, electro, dance floor monster with enough sparkly sheen and slick production to be seen (and heard) from space. Cranking up the Popmusictron5000 to 11, inviting diva in the making Greta Svabo Bech to let her voice dominate the tracks, and then giving their songs just enough room to breathe on the dance floor Picture Book have slam dunked it here. This is a Friday night wrapped up in one fell swoop with four scorching songs. From the stormer that is "Sunshine," to the chilled out, "Terminally In Love," this is the sort of record that ends up being played everywhere from Ibiza to the local supermarket; it’s got that kind of appeal. Picture Book has a hit on their hands here and that's not too shabby for their first commercially available single.
Posted by Paul POP! at 7:36 PM