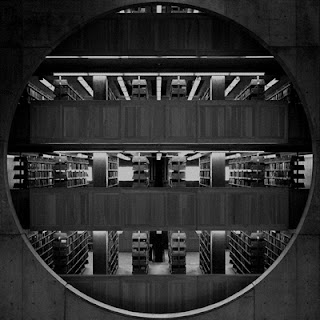 CFCF over the last couple of years has made a pretty legendary career out of remixing others and as an aside made one heck of a name for himself. He's done a fine job of getting bodies in motion, reworking tracks, and generally making a living getting groovy. So obviously when his Exercises mini-LP came across my desk I was expecting a full on bangertastic record. Boy was I wrong.

Exercises is a strange ambient work that sounds like something that Bill Nelson would have released in the mid-80's. CFCF sounds like he's conducting electronic experiments with banks and banks of synthesizers and letting his fingers and his imagination run wild over them. The results of this are a pseudo-new age wonderland with songs that meander about and seem to flow freely from the mind of the artist. With the odd beat here and there, a wandering vocal, and the occasional hint of a melody CFCF keeps things interesting but mostly Exercises is a instrumental soundtrack to a never ending dream.

Lush, experimental, and fascinating Exercises is a surprising release from an artist more known for getting booties to shake. CFCF has thrown a curve ball here and while I was expecting something a little more banging, I thoroughly enjoyed this and even managed to align my chakras while I was at it. I wouldn't say this is an essential release but if you are a fan of CFCF this is a worthy addition to your collection.
Posted by Paul POP! at 9:21 PM

Email ThisBlogThis!Share to TwitterShare to FacebookShare to Pinterest
Labels: cfcf