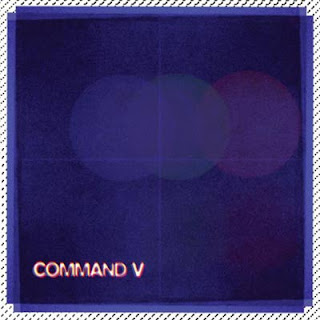 Despite their rather technological sounding name, Command V are not raging dub steppers, hardcore techno boffins, or anything even close. On no, taking a left field approach to making chilled out pop Command V take downtempo vibes, sedated vocals, and creative license to toy with and create sound. Their self-titled album is a smoky, seductive, slightly strange record that's drawn out, lackadaisical and at times reminds me of early Morcheeba.

Soulful and slowed down the songs have twinges of funk, slight grooves, and so much atmosphere they almost provide oxygen. It's interesting stuff that at times is more soulful than downtempo, more atmospheric than song oriented and more background music than something upfront. Command V is really not a very catchy record, instead, it relies on the ambiance of it's instrumentation to often get you hooked. Sometimes it works, but the songs occasionally just seem a bit too strange for their own good. It's kind of weird; the band will establish a groove or something that works and works well and then tweak it just enough to make it weird and un-wonderful. Even with soulful vocals and solid arrangements the album builds up enough steam and then seems to lose it all.

Command V are clearly onto something with Command V and when they're spot on they're very good, it's just that they seem to want to constantly tweak their template and corrupt perfectly great songs. If they can conquer their desire to add things that don't need to be added or weird out things that don't need to be weirded out they'd be so much more listenable. Until then, I'm afraid Command V will be an anomaly of downtempo that's just a bit to off center for me too like.
Posted by Paul POP! at 8:13 PM

Email ThisBlogThis!Share to TwitterShare to FacebookShare to Pinterest
Labels: command