Take A Dive Into The Sagapool 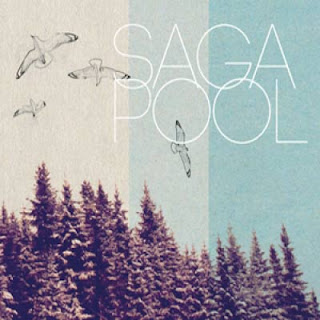 Easily one of the most intriguing groups to come across my desk in a long while, Sagapool is not at all what I thought or what I expected. The story is that they are a group that came to be after a jam session not between guitarists but between an accordionist and clarinetist who together ran through The Godfather theme. After having fun w/that tune and after that session they knew exactly what they had to do...start a klezmer band and that's exactly when Sagapool was born.

Sagapool the album, is a well arranged, phenomenally played record that sounds so classic and so perfect that it's awe inspiring. The interplay between band members and instruments is awesome with both clarinet and accordion taking center stage. Arranged and recorded with a full band in tow much of Sagapool's album is mysterious and vintage sounding despite it only being released within the last year. With mischievous songs of lament, whimsical songs, and songs inspired by Eastern European and Gypsy music Sagapool is a whirlwind of old world sounds modernized.

This is a fantastic record that takes old world charm and polishes it, hones it, and brings it bang up to date. The songs here are alluring and intriguing and one can't help but think what would have happened if Sagapool's founders had never played The Godfather theme together. It's a depressing thought and one not to dwell upon as you listen to this cosmopolitan classic in the making.
Posted by Paul POP! at 8:26 PM

Email ThisBlogThis!Share to TwitterShare to FacebookShare to Pinterest
Labels: sagapool