Stripped And Chewed Is Livin In The City 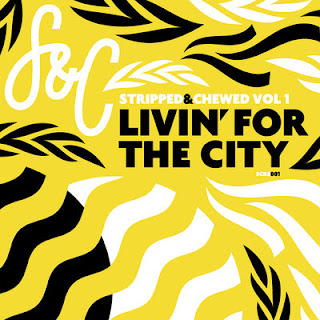 Stripped and Chewed is a new record label that was born in The Second City and is a reflection of its musical heritage. To say Chicago hasn't had an influence over dance music would be a huge mistake as house music was essentially born here and it continues to thrive here as Stripped and Chewed is determined to show us. Their compilation EP, Livin For The City is a seven track slice of house music that circles the globe but makes itself at home in the Windy City.

From Paris to Chicago the label selected the very finest and freshest voices to introduce themselves to the world. They've done an absolutely incredible job as this EP is stunning. Filled with sexy, seductive, and sunshiny tunes this record is like the exact opposite of everything going on in the dubstep community. With garage and pure house taking center stage this record’s grooves are all upbeat, energetic and they never stop coming. This is a solid record of floor burners from SCR, The Black Madonna, Alec Carlsson, Broke One, JNL, Maxime F., and Ridney and they all belong in the big room at peak time. These songs are all anthems in the making and would have fit in perfectly in sets by someone like Eric Morillo at Ministry circa 1997-98.

The grooves don't get any better than this and whether it's JNL's slow and funky, "Beausejour," or the two step flavours of SCR's, "Tiger Motel," this is one massive record. If Livin For The City were to be a report card for the state of house music, there would be seven A's across the board revealing the health of the genre to be strong and well studied. Stripped and Chewed may be new on the scene but with Livin For The City it sounds as if they've been around forever. This is one young label worth keeping up with and Livin For The City is one record you need to have in your collection.
Posted by Paul POP! at 4:53 PM

Email ThisBlogThis!Share to TwitterShare to FacebookShare to Pinterest
Labels: stripped and chewed