Washed Out Cause A Paracosm 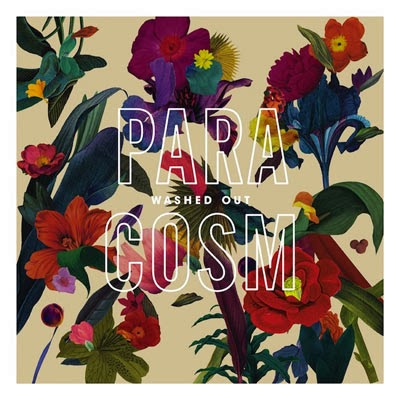 A few years ago, Washed Out was pretty much hailed as the savior of shoegazing. Their debut album was a slice of perfection that was clearly rooted in the past but modernized for everyone’s convenience. It was in my Top 10 for 2011 and it was a stunning statement that shoegazing was alive and well. Two years later and Washed Out have returned with their latest record, Paracosm as could be expected it’s not a let down.

Sophomore slump be damned, Paracosm, is a continuation of the exploration of sound that Washed Out embarked upon back in 2011. Much like Chapterhouse’s second album, Paracosm doesn’t quite have the same level of awe as their debut but it’s still worthy. While not as distorted and, um, washed out Paracosm is ethereal and textural and at times approaches Cocteau Twins levels of gaseousness. The record is packed to the gills with gorgeous riffs and sounds that envelope you in a cascading wave of beauty. Paracosm is the sort of record it’s easy to get lost in, wander around for a bit and never find a way out of. This album is a dream committed to sound and recorded in a sleep experiment in heaven.

Continually inspiration and gauzy, Paracosm is another impressive effort whose impact isn't immediate but rather more subtle. Washed Out is a master scientist who has studied everything folks like Robin Guthrie have done in an effort to perfect it and build off of. They’re getting close to achieving the perfect shoegazing record and it’s simply amazing to listen to them try. Essential stuff.
Posted by Paul POP! at 6:46 PM

Email ThisBlogThis!Share to TwitterShare to FacebookShare to Pinterest
Labels: washed out