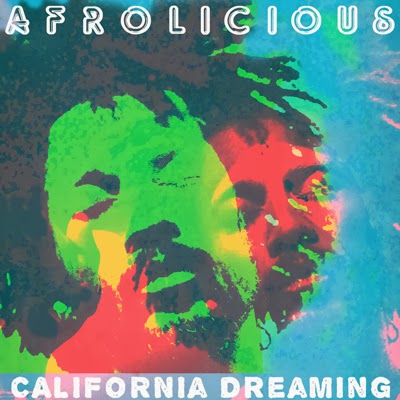 San Francisco collective Afrolicious and their funky blend of soulful tropical dance music are back for another musical excursion. Their latest album California Dreaming, is easily one of the funkiest records to come out in the last few years and maybe even the last decade. These guys emerged straight out of the seventies and seemingly live and breathe the groove that came from that period. These guys are the perfect blend of Studio 54 vibes and California chill and they play every song they have as if their life depended on the grooves never ending.

Huge horns, jazzy riffs, funky beats all live in harmony and share the spotlight. The songs on California Dreaming are brilliantly memorable and springier than a slinky. These guys are so funky that the phrase more bounce to the ounce was apparently created for these guys. Happily mashing reggae riffs, spliffed out vocals, and disco grooves California Dreaming is a record that simply doesn't know how to stop laying down groove after groove and with twelve members making up the band it almost seems too easy for these guys. Afrolicious are clearly a band that just love to jam. They riff off of each other throughout California Dreaming and the energy they create is infectious and I challenge you to not let it spread to every part of your body; it's nigh impossible.

California Dreaming is a perfectly constructed organic dance record. Laying down a solid foundation with basslines the size of California and then building layer upon layer of funk on top of them, Afrolicious have so much going on in every song it's almost impossible to keep up with. With an army of musicians and songs that are inescapably groovy Afrolicious is unstoppable in their quest to get everyone moving. California Dreaming is far from a dream, it's the clearest vision of a funky utopia that I or anyone else listening to it will ever see.
Posted by Paul POP! at 8:02 AM

Email ThisBlogThis!Share to TwitterShare to FacebookShare to Pinterest
Labels: afrolicious