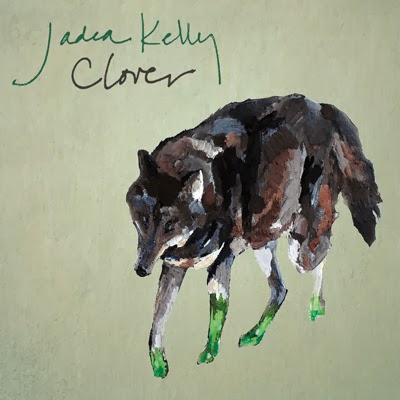 Singer songwriter's have left the coffee houses of the world and moved on to big box department stores. This once intimate genre has left the cliche's with the half and half and have gone the way of television advertising and has now been scientifically and analytically structured to make the most emotional impact possible. And yet, despite all this shifting and market research, 95% of all singer songwriters still sound exactly alike. It's a rare find when you come across one that truly offers something different; Jadea Kelly is one such diamond in the rough.

Heartfelt with a twist Jadea gives singer songwriting depth and warmth and brings it all back to something warm and intimate. Her album Clover is textural, interesting and expressive and uses a variety of instrumentation to create the rich world in which this album lives. If you can imagine someone like Patsy Cline writing songs with Feist you kind of have an idea of where Jadea Kelly resides within the musical spectrum. In addition to that, she's got an almost Suzanne Vega-like sense of experimentation that flushes out her songs in all sorts of aurally fascinating ways. While there's no, "Tom's Diner, " here there's enough unique arrangements, structures, and musical ideas to keep your ears permanently perked up.

While intimate and seemingly personal, Clover sounds huge and involves a clever of palette of sound. She might be a singer songwriter but Jadea Kelly things big and writes songs that while touching on an emotional level are bigger. Jadea is more than a diamond in the rough, she's a treasure that should be prized and Clover should be a worthwhile investment.
Posted by Paul POP! at 3:06 PM