Let's Be Still With The Head & The Heart 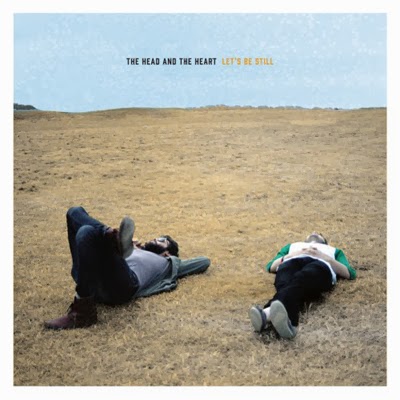 The Head and The Heart quietly and unobtrusively arrived on the scene a couple of years ago and unassumingly gathered a rather nice size following. Originally quiet and subtle with a side order of depression the band have since grown into something of a soft rock monster. Lilting, sweeping, heartfelt and pastoral their new album, Let's Be Still is stunningly gorgeous.

In touch with it's soft rock heart as much as it is with it's country wanderlust, Let's Be Still makes alt-country extremely listenable. The Head and The Heart have left their quiet stirring behind and come up with something this go around that's folky with an edge. At times it sounds like the Cold War Kids in a tussle with The Decemberists while at others it feels like the soundtrack to a Dust-bowl romance. It's all very heartfelt, dramatic, and sweeping and it's hard to escape the emotional outpouring and off centered lyrics the songs encapsulate. As if to prove the point and maybe even show off a bit, the band have successfully written a song about grading papers; teachers of the world unite over the emotional trauma of checking answers for hours.

Joking aside this is a fantastic album and the maturity, depth, and beauty of The Head and The Heart's songwring is evident on every song on Let's Be Still. This is an exhaustive and resplendent effort that lets it's feelings run wild, it's lilt take over, and uses a variety of non-folky tricks to sweep you off your feet. I really, really enjoyed this record and loved how dusty and rustic Let's Be Still sounds. Secretly a pop band in disguise, The Head and The Heart make idyllic music sound like the coolest thing in the world.
Posted by Paul POP! at 2:59 PM

Email ThisBlogThis!Share to TwitterShare to FacebookShare to Pinterest
Labels: the head and the heart