Alific Sirt Echoes From The Soul 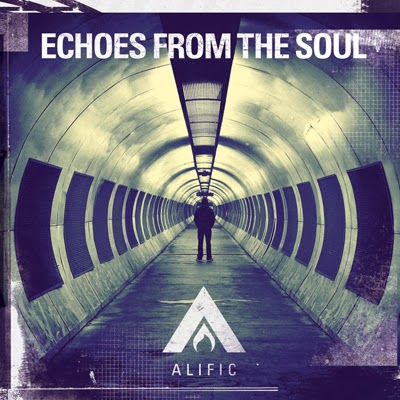 Alific are easily the most unassuming reggae band I've ever run across. Nothing about their album Echoes From The Soul would seem to indicate these guys are on the ragga tip of things. Yet here they are with a unique blend of reggae and pop music. Imagine UB40 if they were more modern and dubbed out to the far reaches of the galaxy and you kind of have an idea where Alific are coming from.

Echoes From The Soul is an instantly memorable album and it's songs are so sticky it's like getting maple syrup in your ears. Dubbed out vibes cast a laid back, tripped out vibe with just enough sugary sweet pop to make the concoction almost too easy to digest. This is fantastic reggae that's artistic, chilled out, and very well played. Alternating between atmospheric excursions and pop tinged songs the band strike this balance between rootsy stuff and mainstream song structures that just clicks. They clearly have the knack for songwriting and over the course of the fourteen songs here Alific take you on a grand circle tour of reggae, dub, and pop with the expert knowledge of a local. They might be from DC but these guys sound as if they've lived their entire lives in Kingston.

Echoes From The Soul is a fantastic reggae record that both dedicated fans and casual fans will find entertaining. It's got Frat Boy appeal and rude boy vibes and the songs feel so authentic and easy on the ears you'll swear you're on a beach somewhere. Alific might be completely unassuming but something tells me that Echoes From The Soul might just force them to not be; it's too good to ignore.
Posted by Paul POP! at 7:54 AM

Email ThisBlogThis!Share to TwitterShare to FacebookShare to Pinterest
Labels: alific