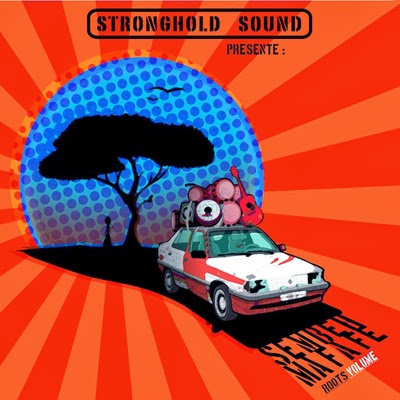 The latest Stronghold Sound compilation, Sembeh Ma Fa Fe: Roots Volume, offers a bevy of sounds that thrill and amaze and come straight out of West Africa with passion, heart, and soul. The third volume of the ongoing explorations of the area by Stronghold Sound shows the region, despite it's isolation, embracing modern sounds while digging deep within from the vast musical history to once again come up with something rather unique. Sembeh Ma Fa Fe is filled with modern production techniques and sounds but still sounds raw, traditional and rustic enough to make it feel pure.

The passion that's here is genuine and the tunes teem with enthusiasm and authenticity. Each of the artists on Sembeh Ma Fa Fe are impressive and much better than I would have expected. The songs are very good and even with the language barrier could are still listenable. The tunes feature lots of percussion, chanting, and off kilter rhythms that are a bit skewed from western patterns and while that make it all seem difficult to latch onto it really isn't. Sembeh Ma Fa Fe: Roots Volume is a fascinating musicological study that is unfiltered and unhindered by any sort of constraints leaving you with an honest musical picture of West Africa.

While there are modern touches here and there, including electronics and remixes, they allow Sembeh Ma Fa Fe: Roots Volume to contrast where things have been and where they're going. This is the sound of the regions musical roots planted deep in the ground and spreading out further and further away into new areas. Sembeh Ma Fa Fe: Roots Volume is truly a fascinating exploration of culture and sound and how one influences the other. If you have any interest in traditional African sounds and how they came to influence modern ones you'll find this record an absolutely gripping experience. Stronghold Sound are rapidly becoming the African music equivalent of Numero Records; finding and unearthing the coolest sounds no one has ever heard but totally need to. I can't wait for volume four!
Posted by Paul POP! at 7:56 PM