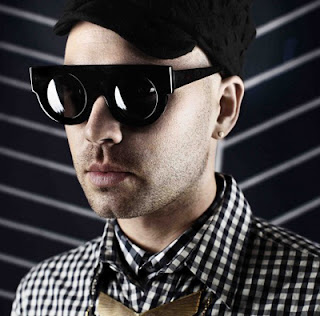 In an age where the attention span of the average music listener is one song it's nice to see that some artists have not given up on the idea of the full album. House producer Beni is one such person. His latest album Someone Just Like You is a sprawling dance floor devouring monster of house music that could essentially be released as ten solid singles.

Taking a whole series of vocalists, influences, samples, and just about everything else Beni inserts them into the massive House-a-tron 3000 MK II and creates tunes that are so ridiculously catchy and so unavoidably dancey that how he's not selling a million records a day is beyond me. Someone Just Like You is a solid album the whole way through; that's a rarity in dance music as most albums have two or three decent tunes and then tons of filler or crap remixes. Not Someone Just Like You, this is full on ten tunes a cranking. Mixing early Chicago house, Detroit techno, enough British and French electronics to add some spice the whole thing sounds like a round trip voyage through house music from the late 80’s through today. It's awesome.

Beni has proven that artist created albums are not dead within the dance music universe. Someone Just Like You is pretty much the definition of a perfect house album. It' slowly builds to a frenzy and then gently brings you back to earth. The grooves are deep, the hooks massive and Beni's production is second to none. Why listen to EDM when you can listen to something that's seductive, sexy, and easier on the ears? Beni answers that for you...because house is a feeling and Someone Just Like You is loaded with them.
Posted by Paul POP! at 6:05 PM

Email ThisBlogThis!Share to TwitterShare to FacebookShare to Pinterest
Labels: beni