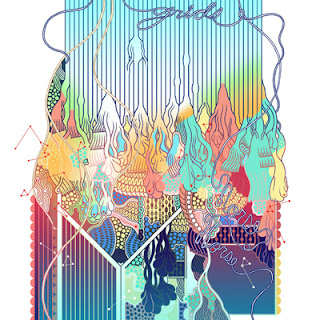 Norse Horse's latest EP Grids is a psychedelic sun drenched pop record that's about as far from being Norse as Norway is from California. Sprightly, jangly, and melodically brilliant Grids is an indie pop treat of tiny proportions. Clocking in at just four songs this is a small grid, so to speak, in which Norse Horse has to work...but after a listen or two you come to realize something is most definitely better than nothing.

This is a vibrant record that whose riffs glistens like sunshine and charm with 80's jangle as the songs wash over you like a warm summer wave. At times sounding like The Wake at others The Strokes, Norse Horse create a dizzying array of styles within each song that keeps things entertaining. And entertain it does as Grids is a great single that shines the whole way through and leaves you breathless wanting more. Springs arrived early and it's Norse in origin.
Posted by Paul POP! at 3:21 PM