The Idjut Boys Emerge From The Cellar Door 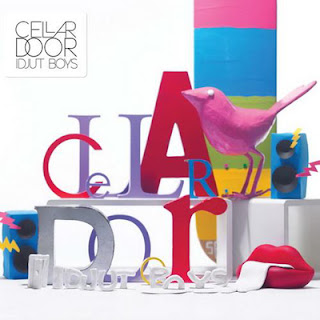 The Idjut Boys have been making, tweaking, and reworking dance music for nearly two decades. Their work is legendary, their remixes are awesome, and they're always up to something that's good. Unbelievably though the Idjut Boys have never taken the time to record a studio album...seriously. Well that is, until now. Entitled, Cellar Door the record is quite the departure for the boys and steers about as far away from the club as possible. It's almost as if they were headed back underground.

Cellar Door is a peak into the minds of the Idjut Boys and it's an interesting look that sees these guys developing a far more diverse sound than one would imagine. While there are some undoubtedly club oriented moments on the record, a vast majority of this seems chilled and dare I say it experimental. It's almost as if the Boys decided that they finally had some time for themselves so why not have some fun, even if it's all a bit bizarre. And despite it's nature, it is fun to listen to. In fact, the band themselves say that, "You stick it on your stereo, have a cup a coffee and read the paper." So, they even admit that this is not a club oriented record but rather just a good listen. With sensual vocals, acoustic instrumentation, chilled vibes and an almost early morning feel how could this album not be?

Cellar Door is an album that comes at you from left field and leaves you mesmerized with it's atmospherics and subtle rather than overbearing grooves. This is a strange and unexpected record from a group who normally make bangers like they were going out of style. It might not be the most catchy thing on the planet and it's definitely not a floor filler, but I think I have found my early morning soundtrack for the next couple of months and I couldn't be happier.
Posted by Paul POP! at 4:01 PM