Liars Get Lost In WIXIW 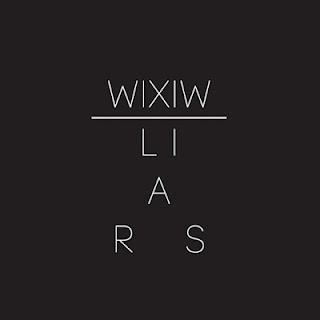 The masters of weird have returned! The Liars are back and as per usual they're lost in their own world where music theory, reason, and pop music does not exist. As if to prove that point the title of their new album, WIXIW seemingly makes no sense at all.

WIXIW is strange, there can be no doubt of that. However, the band have found themselves lost in their own world playing something like a post apocalyptic version of Radiohead. Sure things still make no sense at all, but the band have discovered an apparent taste for melody as this record kind of sleepily and hazily wonders its way through atmospherics, strummy guitars, and a sense of fragility. It's all a bit shocking to be honest because while it's weird it's actually listenable. Dare I say it, I actually found bits of WIXIW, pleasant! I know that's hard to believe, but the music here isn't grating, angular, or jarring it's almost 100% tuneful.

As I sit here in awe of this strange, uncanny, atmospheric post punk record with off center melodies and a sense of melodic experimentation I can't help but think of bands like Clinic shaking in their boots. Liars are unstable as it is, but give them a sense of tunefulness and this band of kooks could become dangerous. WIXIW is a shock to the musical system in a good way. With a nearly ambient and experimental approach the band have constructed a unexpected masterpiece that might just be the best of their career.
Posted by Paul POP! at 4:51 AM

Email ThisBlogThis!Share to TwitterShare to FacebookShare to Pinterest
Labels: liars