The History Of Panic 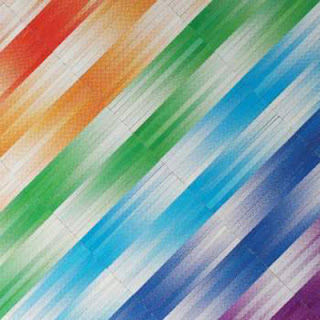 Detroit multi-instrumentalist, vocalist, and songwriter Gerald Roesser is one heck of a talent. As The History of Panic he embraces his multitude of skills and channels them into stunning songs that are danceable, sugary sweet, and vivacious. History's album Fight! Fight! Fight! is no different and is packed to the gills with synthetic indie dance anthems that are bursting at the seams with and effervescence and catchiness that makes this record stupendous.

Fight! Fight! Fight! is a debut album twelve years in the making, two years recording, and was shaped by History's steady diet of Morrissey, Britpop, electronics and techno. It's a display of Roesser's adeptness at taking all that he knows and constructing masterful pop songs out of those elements. It's gorgeous seductive pop that's shimmery, melodic, and beyond catchy. Featuring a slew of special appearances from bands like Pas/Cal and Electric Six Fight! Fight! Fight! has a larger than life feel to it. It, in a word, is big-time. This is a record of perseverance, of the little guy winning and overcoming insurmountable odds. And how can it not be? It did take twelve years to come to fruition and two years to record afterall. Fight! Fight! Fight! is the definition of dedication and seeing things through and it's easy to understand why the album turned out as good as it did.

I absolutely love this record. Fight! Fight! Fight!'s synth pop styling, kinetic movement, and instantly memorable songs make it nearly impossible to walk away from. I mean the hooks on Fight! Fight! Fight! dig deep and just don't want to let go. For example, listen to, "The Chase," once and I'm willing to bet you'll have to listen to it again and again and still won't be able to get out of your head. Just about perfect, The History of Panic has put together one of the best indie dance records of 2012 with Fight! Fight! Fight! ; this one is easily in my top 25 for 2012.
Posted by Paul POP! at 4:34 PM

Email ThisBlogThis!Share to TwitterShare to FacebookShare to Pinterest
Labels: history of panic