Kinds & Explosions Have A **** Computer 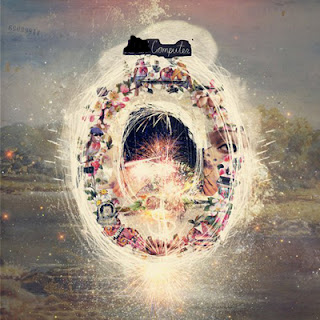 Think about how many times a day you cut and paste stuff. Think about it; you probably hit CTRL+C and CTRL+V more times in 24 hours than you can count. Now, imagine if every time you did that it was set to music. Imagine taking bits and bobs of songs and cutting and pasting them together into something bigger than the sum of its parts. Well, if you can imagine all those keystrokes than you pretty much have an idea of what Kids & Explosions are all about.

Kids & Explosions see the PC and editing software as the greatest musical gifts in the world and have no problem with pasting sample upon sample on top of a sample. They love the idea so much that their album **** Computer is a work of editing and computing genius. This record is a slice and dice, cut up, mash up, hatchet job set to a beat and it's nuts. Judging by the inside of the cover and its never ending thanks list, the band must have used approximately a gazillion samples in the making of **** Computer. Whether or not any of this was ever cleared and/or royalties paid is beyond me but you have everything from Eminem sitting next to Guns and Roses and just about everything in between. There's so much here it's almost impossible to keep track of and there are so many layers that picking through them all is half the frustrating fun. Not necessarily an exercise in pop sensibility but rather a lot of fun through reckless experimentation **** Computer is a crazy but worthwhile listen.

Kids & Explosion have made a low key piece or art that shows what people that have an inordinate amount of spare time can accomplish. They've made a record for people that have absolutely no attention span. Why listen to songs when you can listen to snippets? Apparently Kids & Explosions don't. With more samples than songs and more sounds that the BBC Radiophonic Workshop **** Computer is an epic catalog of sound collages smashed together in complex arrangements. Experimentally exceptional and fun to listen to, Kids & Explosions might have made this record on a **** Computer but it's far from being bad.
Posted by Paul POP! at 5:30 PM

Email ThisBlogThis!Share to TwitterShare to FacebookShare to Pinterest
Labels: kids and explosions