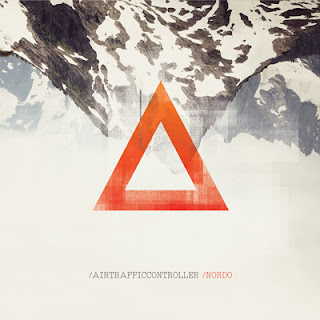 Can you imagine what The Decemberists would sound like if they were more chipper? Air Traffic Controller can because that's exactly what they sound like. Their album, the strangely titled Nordo, is indie pop the way it should be; jaunty, gleeful, and probably depressing as heck but cleverly disguised as the happiest thing on earth. Needless to say I've enjoyed listening to this little gem repeatedly since I've gotten it.

The first two songs ("Hurry, Hurry," and "If You Build It" on Nordo are quite simply two of the best indie pop songs I've heard in the last five years; they're huge, infectious as Ebola, and filled with gargantuan choruses that can barely contain themselves. They are simple slices of perfection served with a side of jangly guitars, hand claps, and smiles seemingly as big as Texas. From those two songs much of Nordo continues its stomp through jubilant riffs, sing a long’s, and everything in between throughout the course of its ten songs. This is simply a record so jovial that it's almost impossible not to like. From horns, hand claps, crashing cymbals, boy girl vocals, and jangly guitars it's truly all here and it's awesome. Unlike most Air Traffic Controllers, this Air Traffic Controller is fare from stressed or tense and Nordo is pleased as punch.

Probably one of my favorite records of the year, Nordo pleasantly reminded me of why I adore indie pop; it's that sugary rush of glee. In an age where things just are tough, rough, and grim Air Traffic Controller have come up with something that, for it's all too short forty minutes, is a constant source of happiness. Records aren't like this anymore and that's just a shame. This is the sound of joy, the sound of fun, and the sound of why music is such an awesome thing and it can be yours. So do yourself a favor and take off with this Air Traffic Controller in tow; because Nordo is a trip to the clouds and beyond.
Posted by Paul POP! at 5:21 PM