No Trigger Are Tycoons 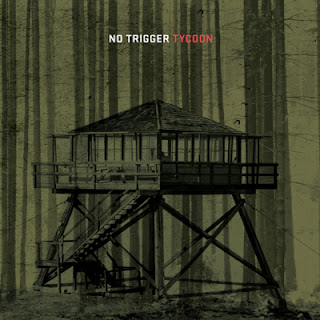 As one might guess by their name the band No Trigger do not play chamber pop music loaded with AM radio sappiness. Rather this Massachusetts based band play snotty nosed punk that's all three chords, teary eyed melodies, and so filled with angst that the record might just be sent to it's room. All that being said, their album Tycoon is a superbly fun, excitable and an exceptionally speedy affair that takes the best of Epitaph records and the history of pop punk and hardcore and smashes it all together in a panini press.

Tycoon is rich with harmonies, songs that are stubborn about being forgotten and a level of frustration that a lot of people are probably feeling these days. This is the perfect record for 2012; filled with highs and lows, broken hearts, and big smiles and the songs to match. No Trigger play their guts out and give about a thousand percent on everyone of these songs and it's impressive. Three chords are spewed forth like a geyser out of control and the hooks bear hug you into submission leaving you gasping for air but well pleased. Riffs blaze, drums thrash about and the vocals so easily alternate between screaming, soaring, and being being angry that it's something that has to be heard to be believed. No Trigger are awesome at what they do and while this genre has been done to death and then dug up and done to death again, Tycoon is good enough to stand on its own two feet.

With an amalgamation of punk influences, a fantastic understanding of what makes a hook good, and exceptionally strong songs No Trigger have plowed their way into success. Tycoon is a classic in the making. It's three chords and burn methodology brings the power to the melodic pop music in disguise here and ultimately makes the record great. If you like your punk with a bit of zing and a ray of sunshine then be a Tycoon and pick this sucker up.
Posted by Paul POP! at 5:20 AM

Email ThisBlogThis!Share to TwitterShare to FacebookShare to Pinterest
Labels: no trigger