Richard Hawley Is Standing At The Sky's Edge 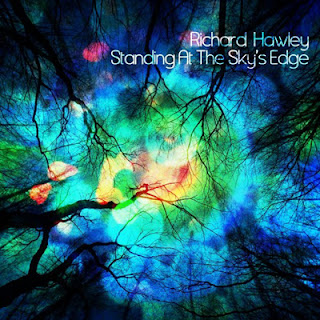 After creating several albums of sheer mellow beauty, it was time for Richard Hawley to take the gloves off. And on his newest album, Standing At The Sky's Edge, he's done just that and apparently rediscovered the power of his guitar while remaining true to his sound. Seemingly an album battling for control, Hawley lets mellow songs duke it out against guitar heroics and pyrotechnics. It's a spectacle to behold as his Britpop past comes back to the front and is then mellowed by his current sound; it's all a bit taming of the beast.

At times, turned up to 11 and armed with enough effects to make Kevin Shields jealous, Hawley proves he hasn't lost it over the years and is still armed to the teeth with enough psychedelic riffs and power chords to make your mind explode. The guy truly is an amazing guitarist and his work here is phenomenal; perhaps his best in ages. It's no wonder that the guitar features so prominently on the cover/liner notes of Standing At The Sky's Edge. And while there's that aggressive element pulsating through this record there's also Hawley's more mellow, toned down and heartfelt side that at times overwhelms that aggression. The result of this is an absolutely stunning and beautiful record that seems almost commonplace for Hawley; the guy is nothing but pure talent and whether it's psychedelia or dramatic soulful pop he's able to write songs that fit moods with ease.