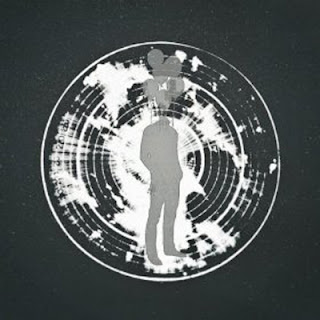 Consisting of a mandolin, cello, violin, guitars, and drums Darlingside have self proclaimed themselves as a String Rock quintet. That's find and dandy but they're so much more than that. This is a band that fully grasps the grandeur and power of sweeping rock and so easily create songs that lift you up that it's as if they were spiritual rock and roll preachers. Their album Pilot Machine is a massively dramatic huge record that would easily give Snow Patrol's discography a run for it's money any day of the week.

While Darlingside use a variety of instruments in a variety of ways, they still manage to frame it all within a pop sensible framework that allows the songs breathe, expand, and overtake just about everything. Pilot Machine is simply a massively dramatic piece of melodic stadium rock. These guys not only bring stringed instruments to the forefront of their sound but they do so with the intention of making them so impressive and so huge sounding that they, along with the songs, are larger than life. Pilot Machine is superbly written, ridiculously well played, and sounds like a million bucks. Darlingside are technical musicians and as a result write complex passages while still maintaining this all conquering sound that just envelopes the listener with meldocism. It's truly impressive stuff and the fact that you can hear all these stringed instruments in action so clearly throughout the turbulent drama of each song is awesome.

While they may use instruments outside of the normal rock and roll parameters, Darlingside don't let that stop them. Pilot Machine is a reflection of the bands adaptability, technicality, and brilliance at writing complex yet accessible pop songs. These guys are so huge sounding that your ear buds may not be able to contain the songs on Pilot Machine. If you love songs with a flair for the dramatic then Pilot Machine will find it's way into your head and lift you to the heavens. Anyone who thought the sweeping stadium pop movement was dead clearly hasn't heard Darlingside.
Posted by Paul POP! at 4:16 PM

Email ThisBlogThis!Share to TwitterShare to FacebookShare to Pinterest
Labels: darlingside