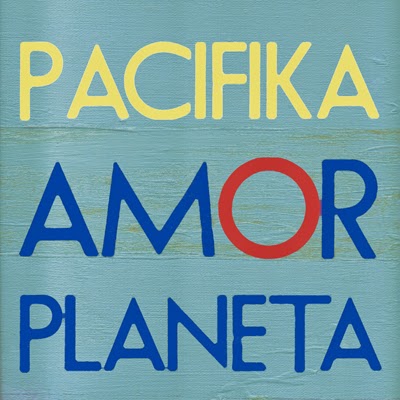 South America via Vancouver band Pacifika are back with yet another album that sounds about as Canadian as an Australian. Led by native Peruvian Silvana Kane the band embraces the global community and world wide influences they represent with open arms. Amor Planeta (Love Planet) is a gorgeous trans-global exploration of sound that's firmly rooted in diversity, open mindedness, and brilliant musicianship.

Amor Planeta swerves and sways around labels like The Stig in a Ferrari. It refuses to be pegged down and integrates a whole host of sound palettes to make for a relaxing and beautiful listen. Samba, trip hop, rock and roll, jazz and a little bit of everything else finds it's way into the melting pot of influences that make this record up. What this means is that Pacifika don't stand still for very long and instead create songs that are designed around organic movement and emotions. The album almost breathes it's so alive with vibrancy and creativity. I really enjoyed how the first three songs seque from being ethereal to energetic and then subdued all with relative ease. Be it Kane's awesome vocal presence or the band's ability to craft songs that mesmerize while being diverse. It's also really cool to hear a Canadian band bounce between English and Spanish as if they were from Miami. Amor Planeta is a fun, beautiful, summery listen that's all over the shop in the best possible ways.

From Target like pop to trip hop and a few bossa nova's inbetween Pacifika have very few fears when it comes to songwriting. They Rock, they roll, they shake their hips, they crash on a couch...they are the very definition of energy. Amor Planeta proves that whether you're from the north or the south we're all Americans and we share elements of common culture no matter where our border lies.
Posted by Paul POP! at 9:38 AM

Email ThisBlogThis!Share to TwitterShare to FacebookShare to Pinterest
Labels: pacifika