Atash Know Everything Is Music 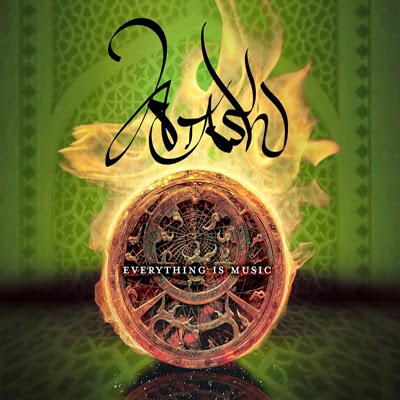 When one thinks of Austin, Texas one thinks of Stubbs BBQ, the Live Music Capital of the World, SXSW and things like that, one does not think of world music. It is Texas after all. But here in the midst of the Texas sunshine comes one of the most diverse and globally aware bands you’ll ever run into. Atash are a group of Texans who look to the far east for inspiration and to the music of Persia, Turkey, India and the Middle East; talk about a fish out of water. Yet, here they are smashing boundaries and musical stereotypes and in doing so creating a sound that is uniquely their own deep in the heart of the Lone Star State.

Atash’s latest album, Everything Is Music is a spiritual and mystical journey through the traditions and sounds of the Far East fused with more familiar influences including reggae, flamenco, rock, and even classical music. It’s a combination that lives up to the album’s title of Everything Is Music in fine fashion. The title, pulled from a poem by Rumi, is meant to portray music as pervading every aspect of a musician’s life and that music is the essence of our being. One listen to this record and you’ll find that this is pretty much the case. Their ability to blend cultural streams and sounds into a cohesive and accessible blend is impressive. Loaded with musical mysticism and global awareness this is an absolutely gorgeous record that while deeply rooted in traditional Middle Eastern sounds is unlike anything you’ve heard before; if Dead Can Dance were more 13th century Persia than 13th century Europe Everything Is Music could have very well been released by them.

Hypnotizing, enlightening, open minded and globally aware Atash makes you feel as though you are in the Arabian Desert in search of a market town to seek shelter in. Everything Is Music is atmospheric, creative, soul stirring, and endlessly fascinating. I found myself wrapped up and absorbed with the nine songs Atash have created here. A brilliant release it’s easy to get lost within the ancient soundworld Everything Is Music creates. Having been transported to faraway lands and on my own personal version of Lawrence of Arabia it’s hard to believe that that Atash are a bunch of Americans from Texas!
Posted by Paul POP! at 8:21 AM

Email ThisBlogThis!Share to TwitterShare to FacebookShare to Pinterest
Labels: atash