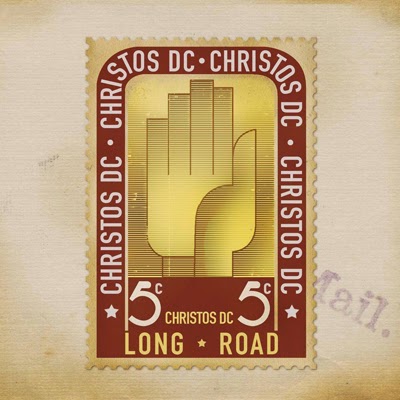 Christopher Vrenios or Christos DC to his friends and fellow musicians has been surrounded by music since he was a kid. From his parents to hip hop and a deep appreciation of all things Sly & Robbie, Christos has always loved music but it was an appreciation of the tunes coming out of Kingston that pointed Christos toward his own musical direction and career. This journey and love of reggae music has taken him on the road with folks like Black Uhuru and The Itals and allowed him to develop his own personal style and sound. His second album, Long Road is almost truth in advertising about the the musical journey that Christos has been on since he was pointed in the right direction.

With a downtempo chilled reggae vibe Christos composes songs that are easy going, laid back, and unweighty. It's nice breezy stuff that's catchy and uncomplicated. With fourteen tracks the album is stuffed with enough reggae jams to make you feel as though you were in Kingston. Christos does a good job of coming off as authentically as possible without actually being from Jamaica. This is reggae on a modern tip and while it does tend to all sound alike by the fourteenth song, Long Road is still a very listenable album.

Christos' nice mix of modern vibes, traditional sounds, and dubbed out elements give the album depth and texture and give it a very non-American feel. Long Road is far more than frat boy reggae; this is as pure and true as anything you're like to hear come from the Caribbean. Nice work!
Posted by Paul POP! at 8:53 AM