La Sera's Hour Of The Dawn 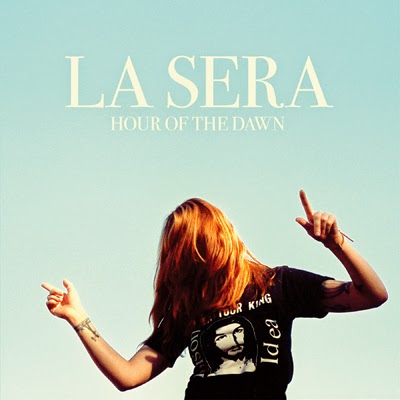 Most of you probably already know who La Sera is without actually knowing who La Sera is. La Sera for those of you who don't know is Katy Goodman, who you may know from her former day job in The Vivian Girls. Purveyors of all things garage-like and twee, it only makes sense that some of the Vivian Girls if not all of it rubbed off on La Sera's third album. Entitled Hour of the Dawn the album leaves no doubt that Katy is guided by the divine hand of rock and roll and it points her in all the right directions.

Fizzed out, fuzzed out and filled with awesome songs Hour of the Dawn is an indie pop treat that's utterly fantastic. Katy has a keen ability to write peppy garage flavored indie pop that's as sweet as it is sour and as soft as it is edgy. Her songs are bristling with energy, punky basslines, three chord riffs, waves of distorted Mascisisms and huggable melodies. If there's one thing La Sera is...it's awesome.

Elements of surf guitar, twee pop, her old day job, Big Muff pedals, and power pop pulsate through the each of songs here. While those influences are undeniable Hour of the Dawn has a huge heart and sounds as if it's been broken a few times. Hour of the Dawn is a sweet record; the kind you want to give a hug to and the kind of record you walk away from with a crush on it. Kind of like Katy herself.

Whether it's The Vivian Girls or La Sera, Katy Goodman is one heck of a musician and all of her projects reflect that. La Sera is just the latest and greatest step in her illustrious career. This rather fine and fuzzy indie pop gem is great at the Hour of the Dawn or any time of the day.
Posted by Paul POP! at 9:04 AM